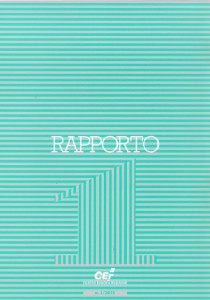 European Monetary Union is at the brink of collapse. Seven years of economic crisis have eroded public support and fostered populist movements that ask for an exit from the euro. And yet, even in Greece there is still a solid majority in favour of keeping the common currency. In Italy, the share of people hesitating between accepting and rejecting the euro is higher than anywhere in the Euro Area. In order to inform the debate about the pros and cons of monetary union, this year’s Rapporto Europa assesses the economic performance inside and outside the currency area.
The rational for European Monetary Union can be traced back to two traditions: Padoa Schioppa’s inconsistent quartet theory, which emphasized the incompatibility of a single market for goods, services and capital with national monetary autonomy; and the optimum currency area literature, which claimed that the exchange rate would be needed to deal with asymmetric shocks. We show that the 2008 crisis was a symmetric shock, which has subsequently caused diverging performances due to asymmetric policy responses. We find no evidence that devaluations in Non-Euro Area countries explain better growth.