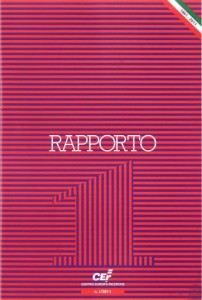 The Global Financial crisis has caused a one-off reduction of income in all major economies. For most Member States of the European Union, the return to growth is slow and only in Germany and Poland will it accelerate. In the Southern European economies, the immediate future is characterized by stagnation and very slow return to previous income levels. The income dynamics are also reflected in slow rates of job creation and high government deficits. European authorities have responded to the debt crisis by introducing reforms. Some focus on better fiscal policy implementation, but the most important innovation in Europe’s governance is the new Avoidance of Excessive Imbalances Procedure and its focus is on competitiveness. The CER Report analyses a number of indicators for measuring competitiveness and then develops a new concept for defining equilibrium unit labour costs (ULC) relative to the Euro Area average.